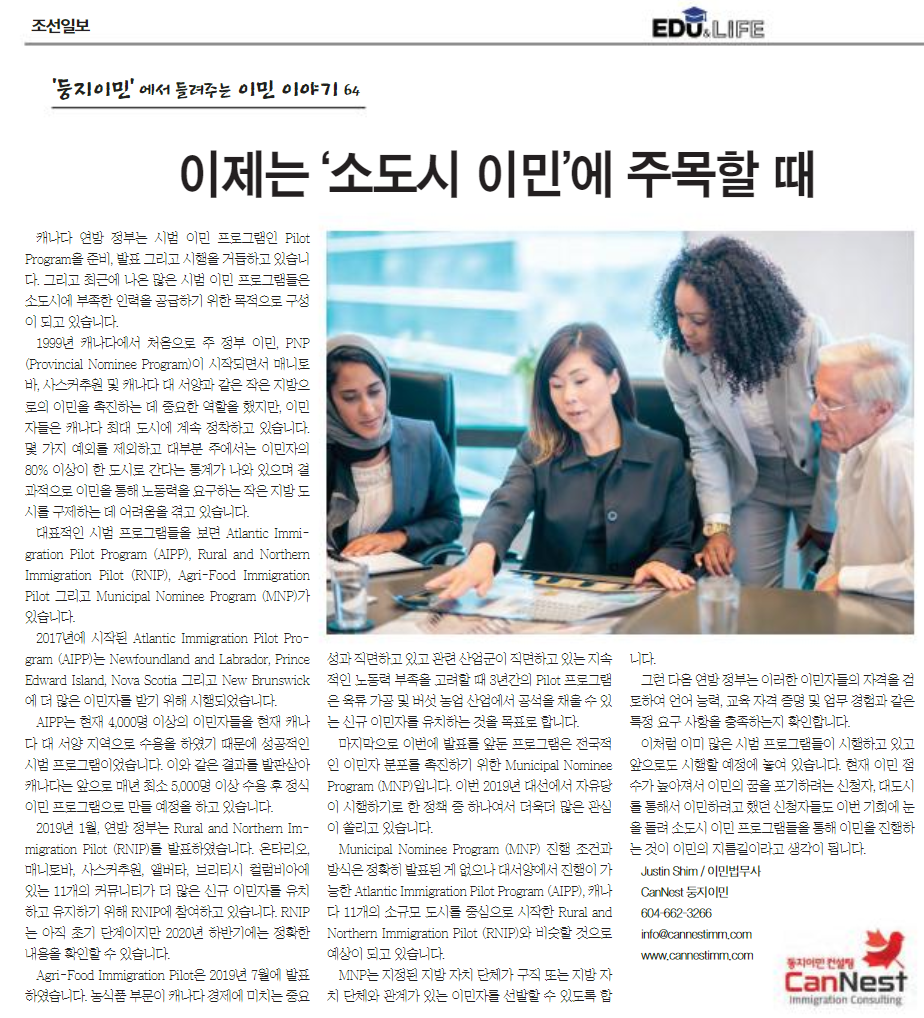 The Canadian federal government has put continuous effort into developing pilot immigration
programs - the Pilot Program. And many of the recent pilot immigration programs are being
organized with the aim of providing small cities with scarce manpower.

Although the provincial immigration program, PNP (Provincial Nominee Program), first started in
1999 played an important role in attracting immigrants to small population provinces such as
Manitoba, Saskatchewan, and the Atlantic coast, most immigrants continue to settle in
Canada’s largest city in Canada. With a few exceptions, statistics show that more than 80
percent of immigrants prefer to settle in the city among others, and as a result, immigration is
having difficulty enticing immigrants into small cities that demand workforce.

The Atlantic Immigration Pilot Program (AIPP) launched in 2017 to attract more immigrants to
Newfoundland and Labrador, Prince Edward Island, Nova Scotia, and New Brunswick. It was a
successful pilot program: It currently accommodates more than 4,000 immigrants. Based on
these results, Canada plans to accommodate at least 5,000 people each year and then
establish it as an immigration program.
The federal government introduced the Rural and Northern Immigration Pilot (RNIP) in January
2019. Eleven communities in Ontario, Manitoba, Saskatchewan, Alberta and British Columbia
are joining the RNIP to attract and maintain more of immigrants. RNIP is still at the early stage,
but we will be able to see the exact content in the second half of 2020.

Agri-Food Immigration Pilot was announced in July 2019. Given the importance of the
agricultural sector to the Canadian economy and the continuing labor shortage facing the
related industries, the three-year pilot program aims to attract new immigrants who can fill
vacancies in the meat processing and mushroom farming industries.

Lastly, the upcoming program is the Municipal Nominee Program (MNP) to promote the
geographic distribution of immigrants nationwide. This is one of the Liberal Party's policies to
implement in the 2019 federal election, which is drawing more and more attention.

The conditions and methods of the MNP have not been announced anything yet, but are
expected to be similar to the AIPP and RNIP. The MNP allows designated local communities,

local labor councils, and chambers of commerce to attract and sponsor immigrants who are
involved in job hunting or in local autonomous communities. The federal government then
reviews the qualifications of these immigrants to ensure that they meet certain requirements,
such as language skills, educational credentials and work experience.

So many pilot programs are already in place and will be in place in the future. Now, those who
are about to give up their dreams of immigration to Canada due to the high CRS score of
current draw and those who want to immigrate to big cities should consider immigrating through
small city immigration programs.