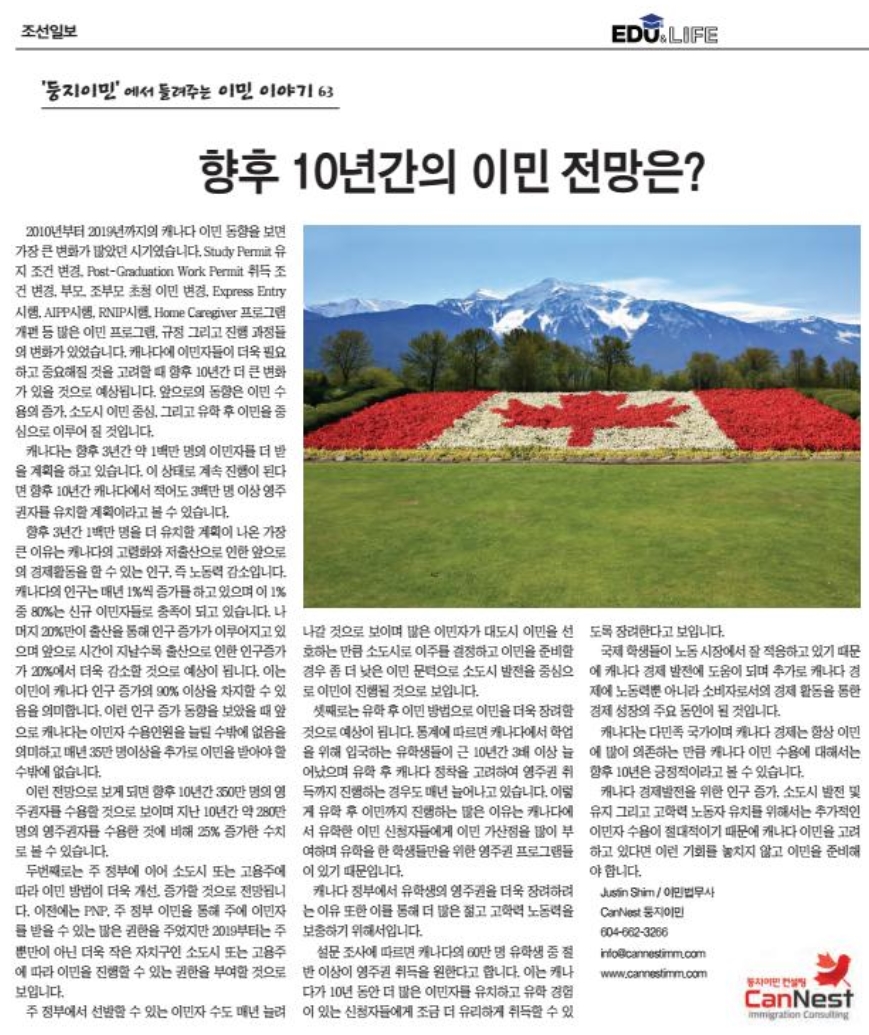 Canada plans to receive about 1 million more immigrants over the next three years. Government of Canada plan to attract at least 3 million permanent residents over the next ten years. The reasons for its plan are the low birth rate and labor shortage, which is the future economic activity of the aging population in Canada. The Canadian population is growing by one percent every year, and new immigrants meet 80 percent of that 1 percent. Only the remaining 20 percent of births are increasing, and, over time, the population growth from childbirth is expected to further decrease from 20 percent. That means immigration can account for more than 90 percent of Canada's population growth. This trend of population growth means that Canada will have no choice but to increase the number of immigrants, and it will have to receive more than 350,000 additional immigrants every year. This forecast is expected to accommodate 3.5 million permanent residents over the next ten years, up 25 percent from 2.8 million permanent residents over the past decade.

Second, immigration is expected to be improved and increased by small cities or employers following the state government. Previously, PNP, state immigration, gave the state a lot of power to receive immigrants. Provincial governments will proceed with their immigration programs for small towns and employers. The number of immigrants selected by each province will be increased every year. Small cities will attract more immigrants, and it will lead to the growth of the population and economy in Canada.

Canada is a mosaic of cultures, and its economy is always heavily dependent on immigration, so the next decade is affirmative for Canadian immigration. If you are considering moving to Canada, you should prepare your application soon when the opportunity has come.