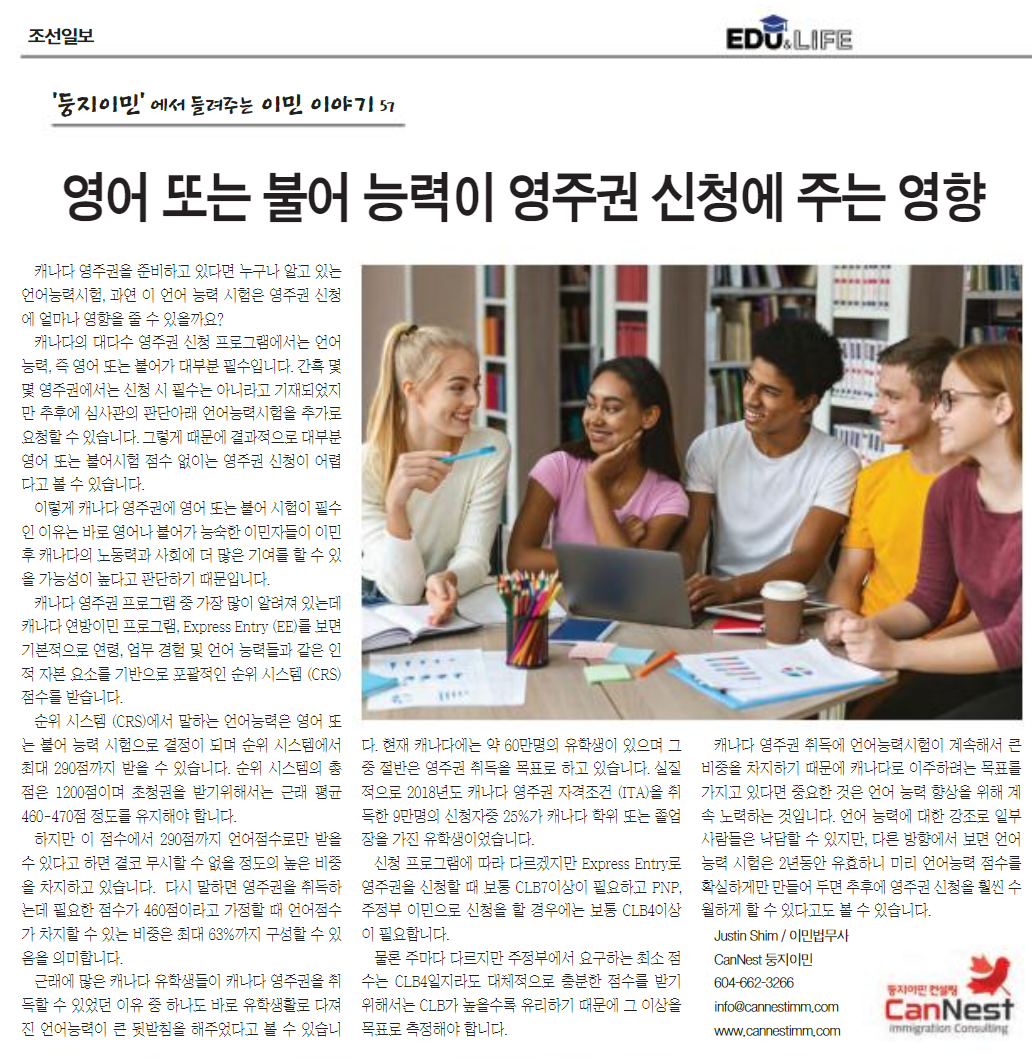 For example, one of the popular Canadian permanent residency programmes, the Canadian Federal Immigration Program, Express Entry (EE), calculates a Comprehensive Ranking System (CRS) score based primarily on human capital factors such as age, work experience, and language skills. The language skills are determined by the English or French language proficiency test and you can get maximum total 290 points in the ranking system. The total number of points in the ranking system is 1200 and in order to receive invitations, the average score should be around 460-470. If you can get up to 290 points in language scores, this can in no way be negligible. In other words, assuming that 460 points are required to get a permanent residency invitation, this means that up to 63% out of total score can be made from language skills.

One of the reasons that many Canadian students were able to obtain permanent residency in Canada these days is that the language skills that were developed by studying abroad greatly supported them.
There are currently about 600,000 international students in Canada, half of which aim to obtain permanent residency. 25% of the 90,000 applicants who achieved the Canadian Permanent Resident Status (ITA) in 2018 were international students with Canadian degrees or diplomas.