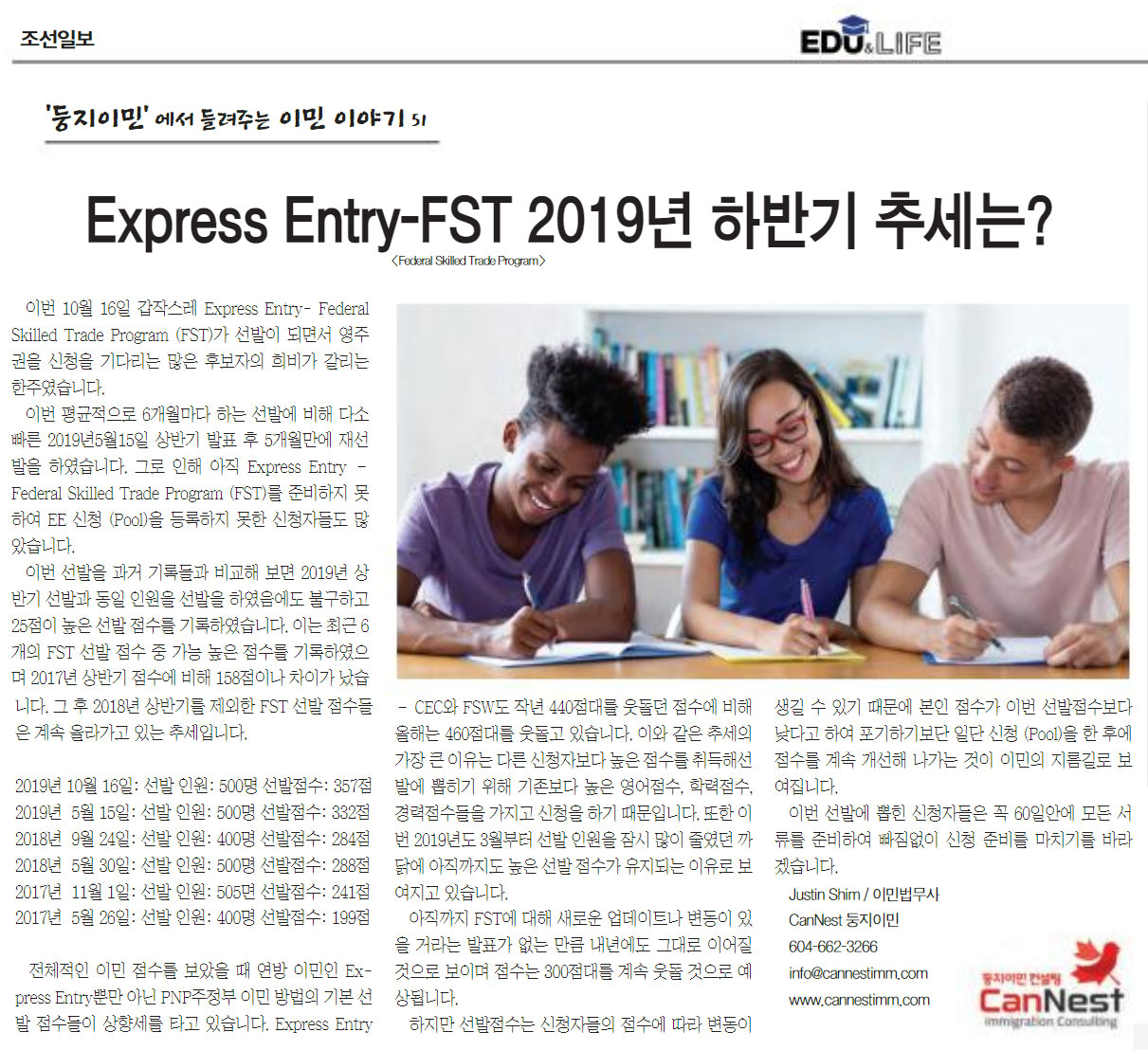 Based on the overall immigration score, the basic selection scores of the PNP state immigration
method as well as the federal immigration Express Entry are on the upward Express Entry -
CEC and FSW are also above 460 points this year, compared to last year's 440 points. The
biggest reason for this trend is that in order to be selected, we apply with higher English scores,
higher academic scores, and higher career scores than other applicants. In addition, the number
of starts has been reduced since March 2019, which is seen as a reason why the starting score
is still high.

With no new updates or changes to the FST so far, it will continue into the coming year and the
score will continue to hover above the 300 mark. However, since the starting score may vary
depending on the applicants' scores, it seems that the shortcut to immigration is to keep
improving after applying (registering in the pool) rather than giving up just because your score is
lower than this one. The applicants who have the invitation must make sure to have all the
documents ready within 60 days.