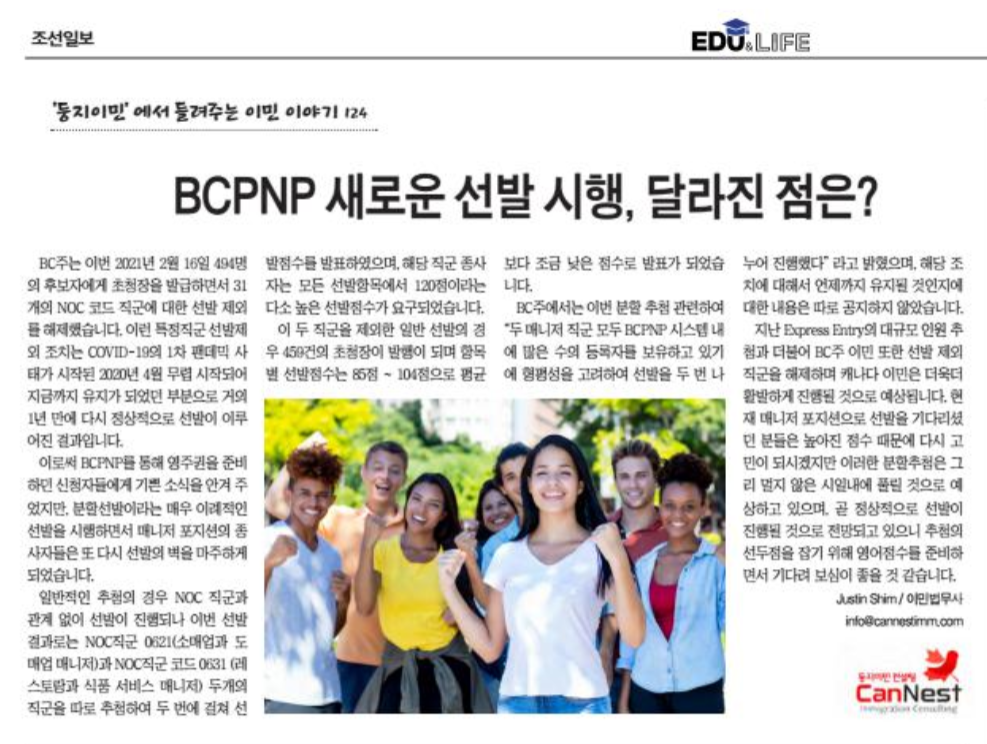 On February 16, 2021, BC issued invitations to 494 candidates, lifting the exclusion of 31 NOC code positions. This specific job selection exclusion began around April 2020, when the first Pandemic incident of COVID-19 began, and has been maintained so far, and is the result of the normal selection in almost a year.

This gave good news to applicants who were preparing for permanent residency through BCPNP, but with a very unusual selection of split selections, managers' positions faced a wall of selection again. In the case of general raffle, the selection was made regardless of the NOC occupation, but as a result of this selection, the NOC occupation 0621 (retail and wholesale manager) and the NOC occupation code 0631 (restaurant and food service manager) were selected twice.

Except for these two jobs, 459 invitations will be issued for general selection, and the selection score for each category will be 85 to 104, slightly lower than the average. BC states said, "Both managers have a large number of registrants in the BCPNP system, so we divided the selection twice in consideration of equity," and did not announce when the measure would be maintained.

Along with the large-scale draw of Express Entry, immigration to BC is also expected to be more active in Canada, with the removal of the starting line. Those who have been waiting for the selection for the current manager position will be worried again because of the increased score, but the split draw is expected to be released soon, and it is expected that the selection will proceed normally soon, so you should wait while preparing for the English score.