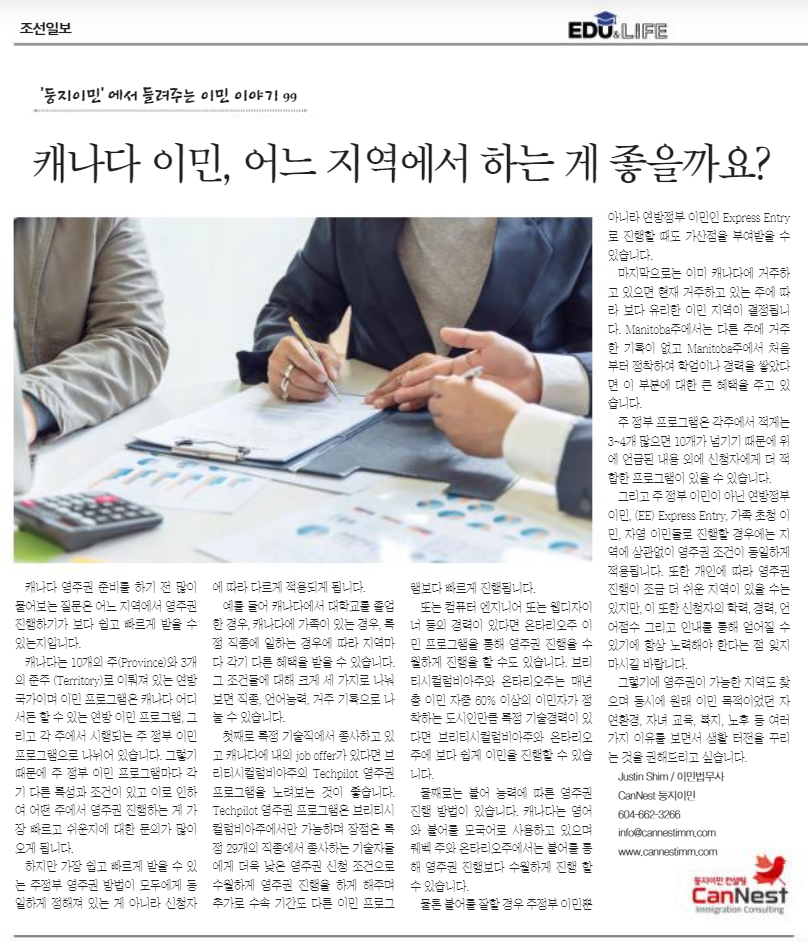 However, the easiest and fastest way to get a state green card is not the same for everyone, but it will be applied differently for each applicant. For example, if you graduate from a university in Canada, if you have a family in Canada, or if you work in a particular job, you may receive different benefits from region to region. If we divide the conditions into three main categories, we can divide them into occupations, language skills, and residence records.

Second, there is a way to proceed with permanent residency according to French ability. Canada uses English and French as its first language, and Quebec and Ontario allow it to proceed more easily than permanent residency. Of course, if you speak French well, you can get additional points not only for state immigration but also for Federal Immigration Express Entry.

Finally, if you already live in Canada, the state that currently resides in a state determines which immigration is more advantageous. If Manitoba has no record of living in another state and Manitoba has settled down from the start and has an academic or career experience, this is a big benefit.

Since there are at least three to four state programs in each state and as many as ten, there may be more suitable programs for applicants than those mentioned above. And if you proceed with federal immigration, (EE) Express Entry, family-in-home immigration, and self-employed immigration, the terms of permanent residency are the same, regardless of region. Also, there may be areas where permanent residency is easier for individuals, but don't forget that this can also be achieved through the applicant's academic background, career, language score and patience, so always try. Therefore, I would like to recommend that you find areas where permanent residency is possible and at the same time establish a living place for various reasons such as natural environment, children's education, welfare, and retirement, which were originally for immigration purposes.