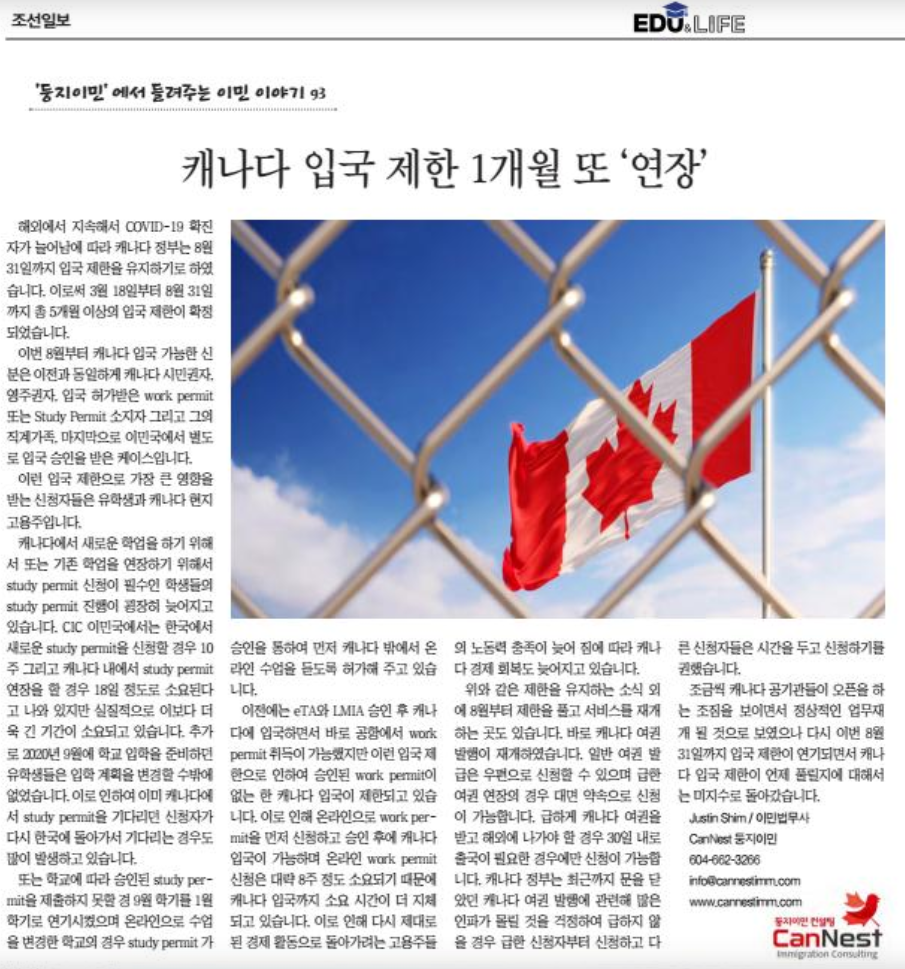 As the number of confirmed COVID-19 cases continues to increase overseas, the Canadian government has decided to maintain the entry limit until August 31. As a result, the entry limit has been confirmed for more than 5 months from March 18 to August 31.

Starting this August, Canadian citizens, permanent residents, work permit or study Permit holders, and his immediate family and lastly, immigration authorities approved the entry separately.
The applicants most affected by these restrictions are international students and Canadian employers.

In addition, in September 2020, international students who were preparing to enter the school had to change their admission plans. As a result, there are many cases where applicants who have already been waiting for study permits in Canada go back to Korea and wait. Or, if the school fails to submit a study permit approved by the school, the September semester has been postponed to January semester, and if the school changed classes online, the study permit authorizes students to take online classes outside Canada first.

Previously, work permit was available at the airport as soon as I entered Canada after the approval of eTA and LMIA, but entry to Canada is restricted unless there is an approved work permit due to this restriction.

As a result, you can apply for work permit online first, then enter Canada after approval, and the online work permit application takes approximately 8 weeks, which is delaying the time required to enter Canada. As employers try to get back to business, the Canadian economic recovery is also slowing down as they are slow to meet the workforce.

Little by little, Canadian air agencies were expected to resume normal business, but again, with the entry restriction being postponed until August 31, it returned to the unknown when it would be lifted.